The population Welfare Department Khyber Pakhtunkhwa organized one-day seminar at the University of Chitral on 14th October 2021 in collaboration with the Department of Sociology of the University which was attended by a large number of faculty members, students, and a number of locals connected to the department. Director General Population Welfare Department was Chief guest while Prof. Dr. Zahir Shah chaired the session. The Chair stressed the need for a comprehensive and holistic approach to control the alarming ratio of population growth which is putting irresistible pressure on the resources of the country while the pure water depletion and construction of houses on agricultural land further squeezes the available resources.

In his keynote address the Chief Guest apprised the participants that the aim of this seminar is to engage the youth to create mass awareness about the overwhelming issue of population growth. He urged the students to become change agent and sensitize the masses about the problems created by the unchecked population growth. The seminar was also addressed by Dr. Muhammad Rafiq, Provincial Coordinator United Nations Fund for Population Assistance (UNFPA) Dr. Aziz Jan, Assistant Professor in Sociology at University of Chitral. At the end of the session the DG Population Welfare Department presented shield to the Vice Chancellor on behalf his department while the Vice Chancellor thanked organizers for conducting a productive session. 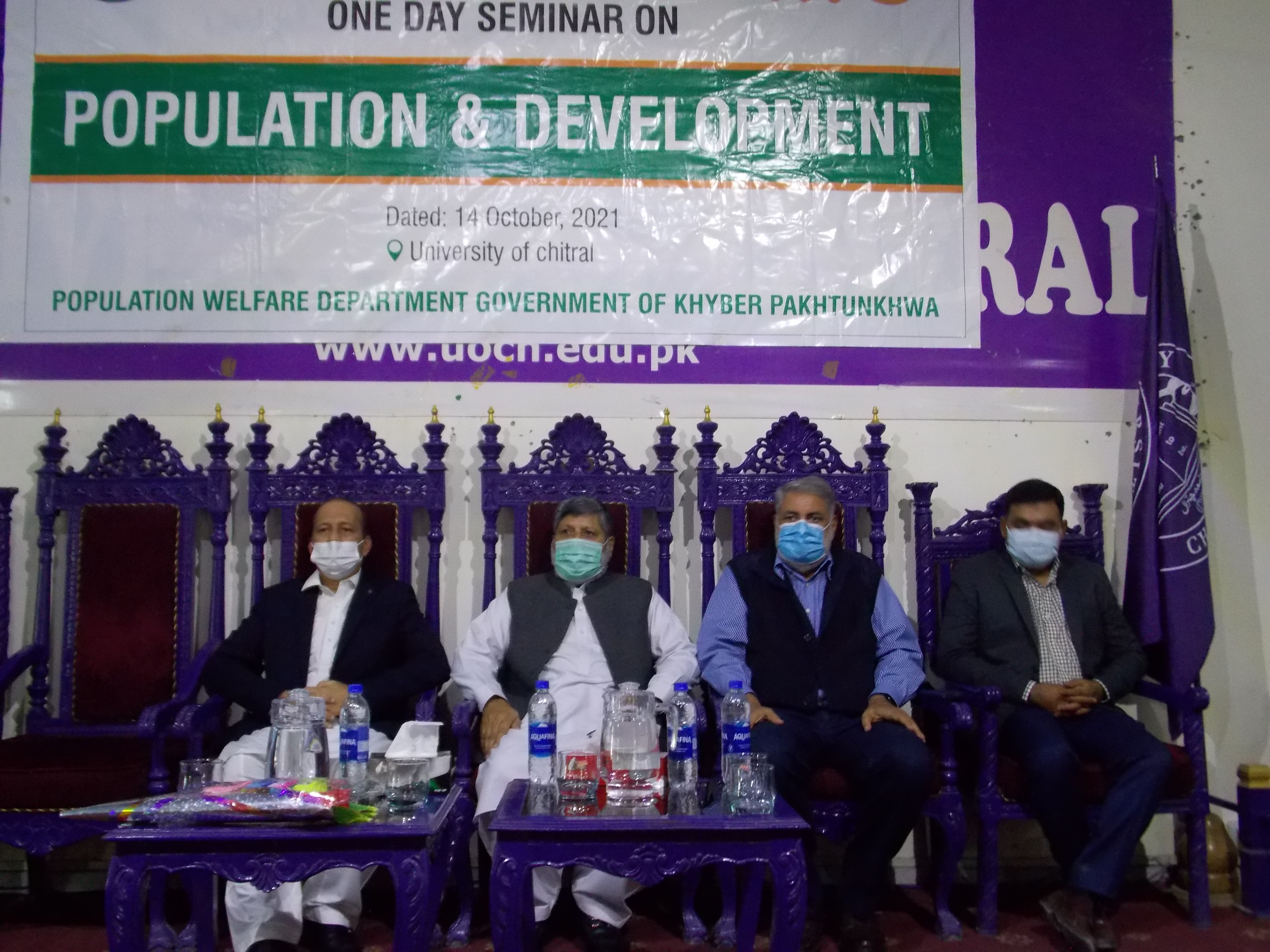 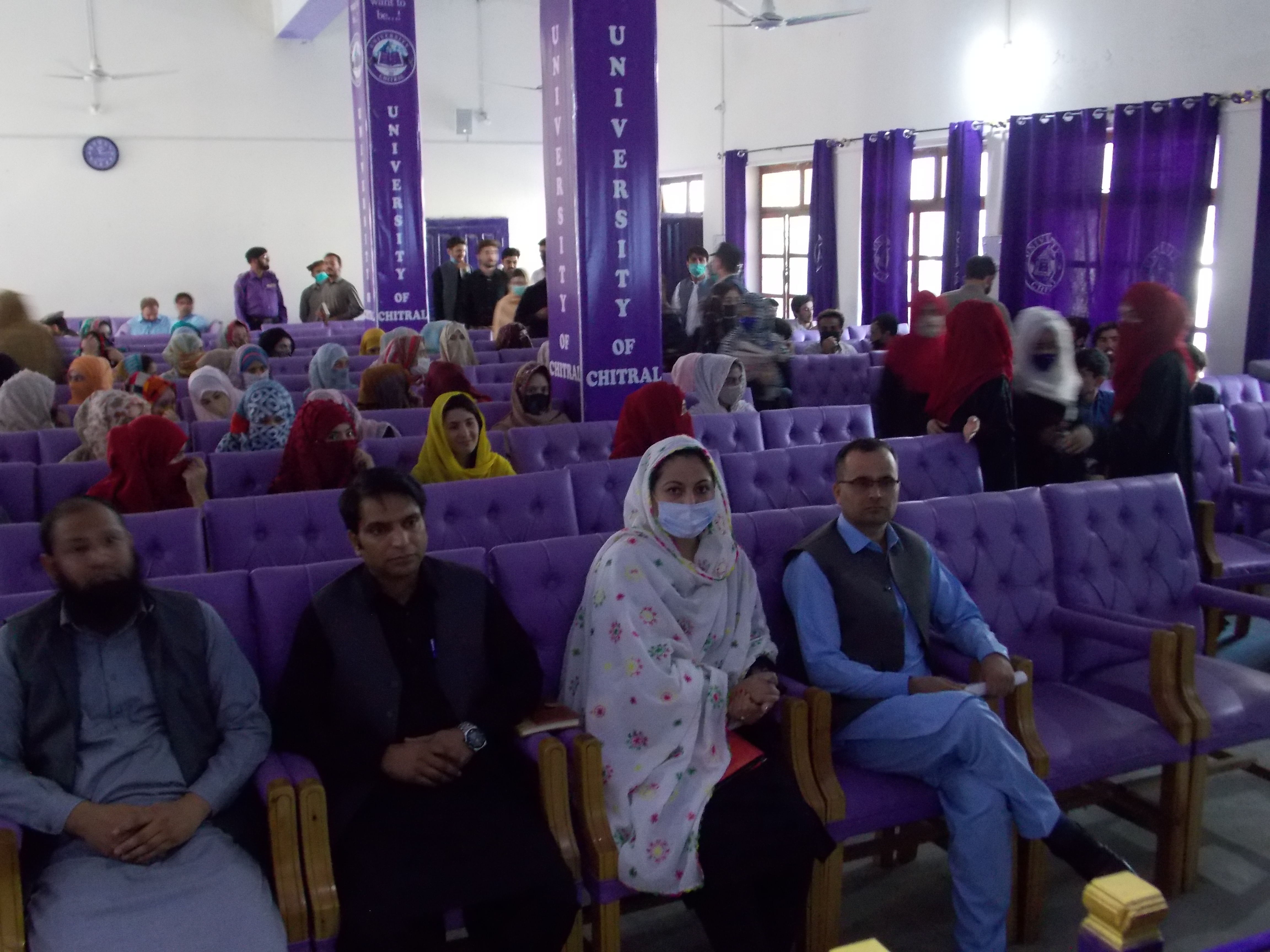 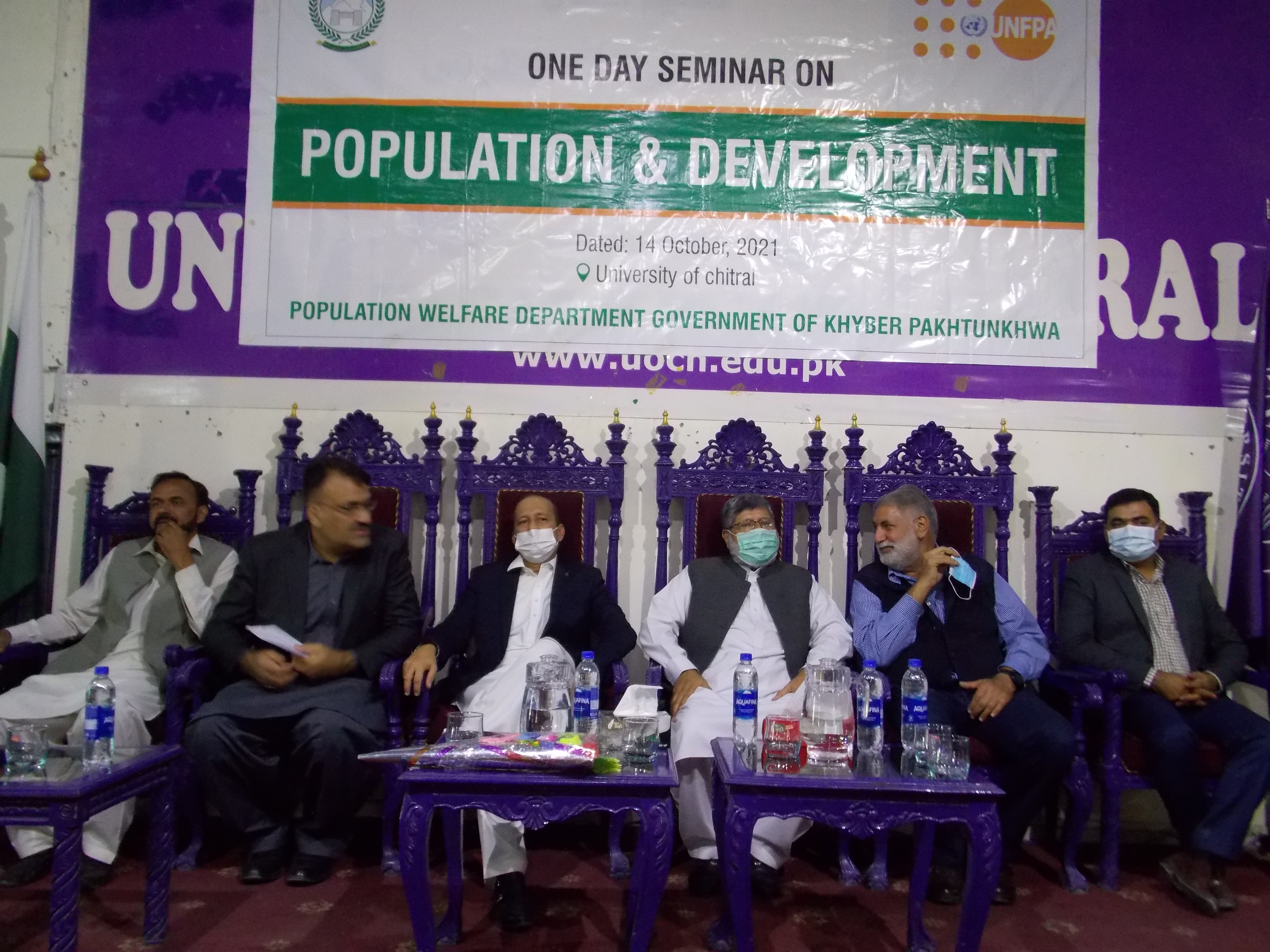 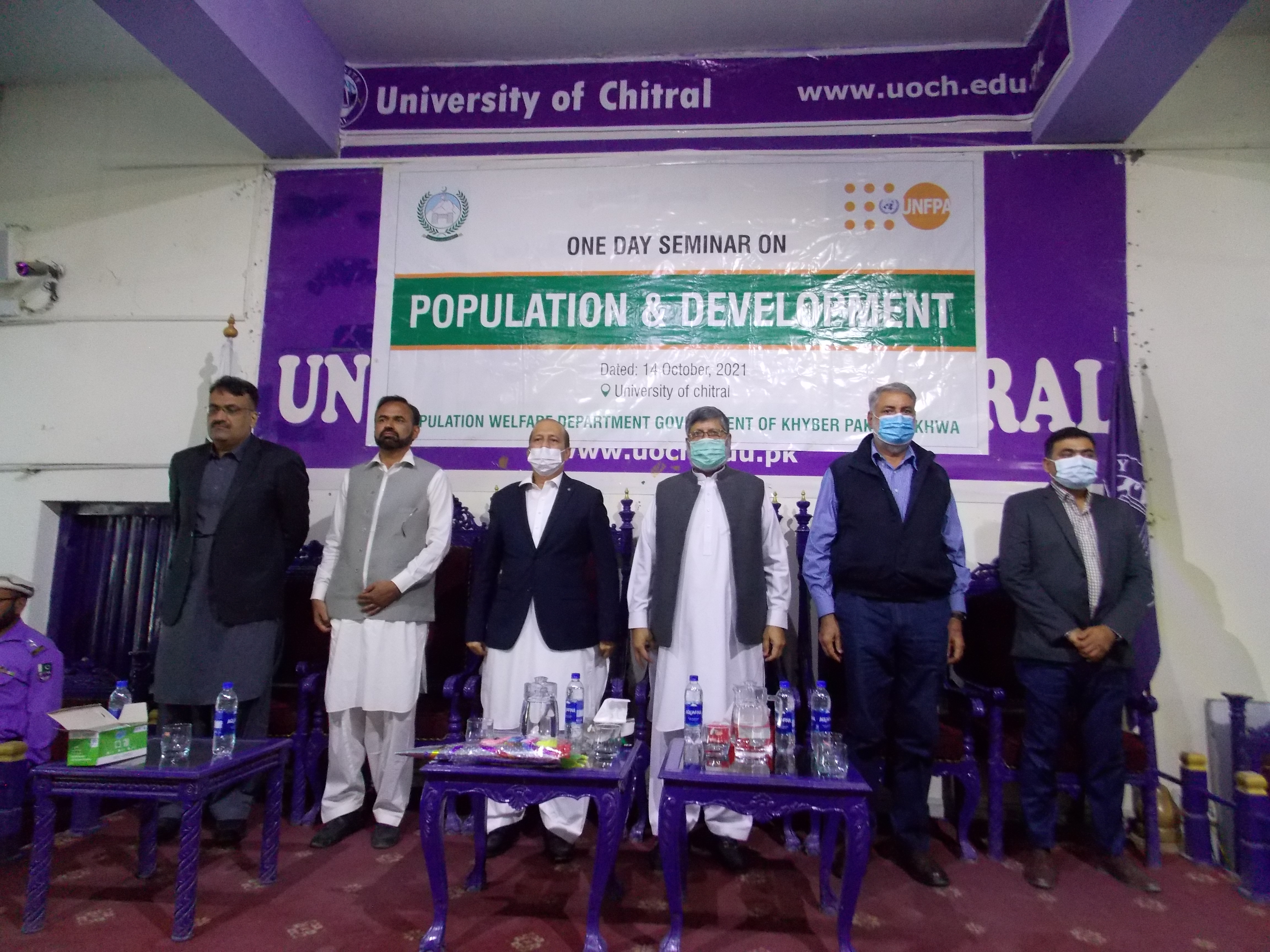 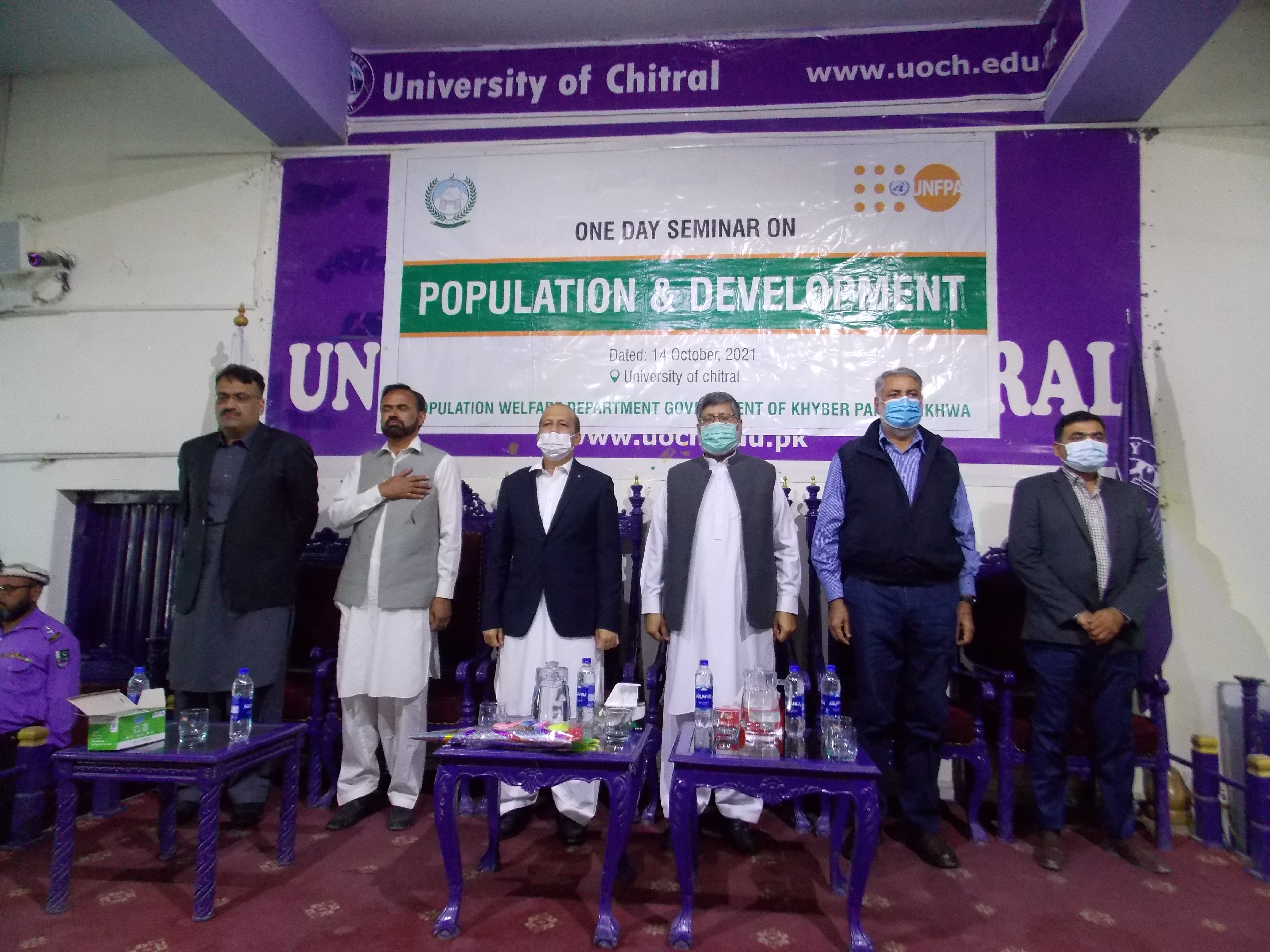 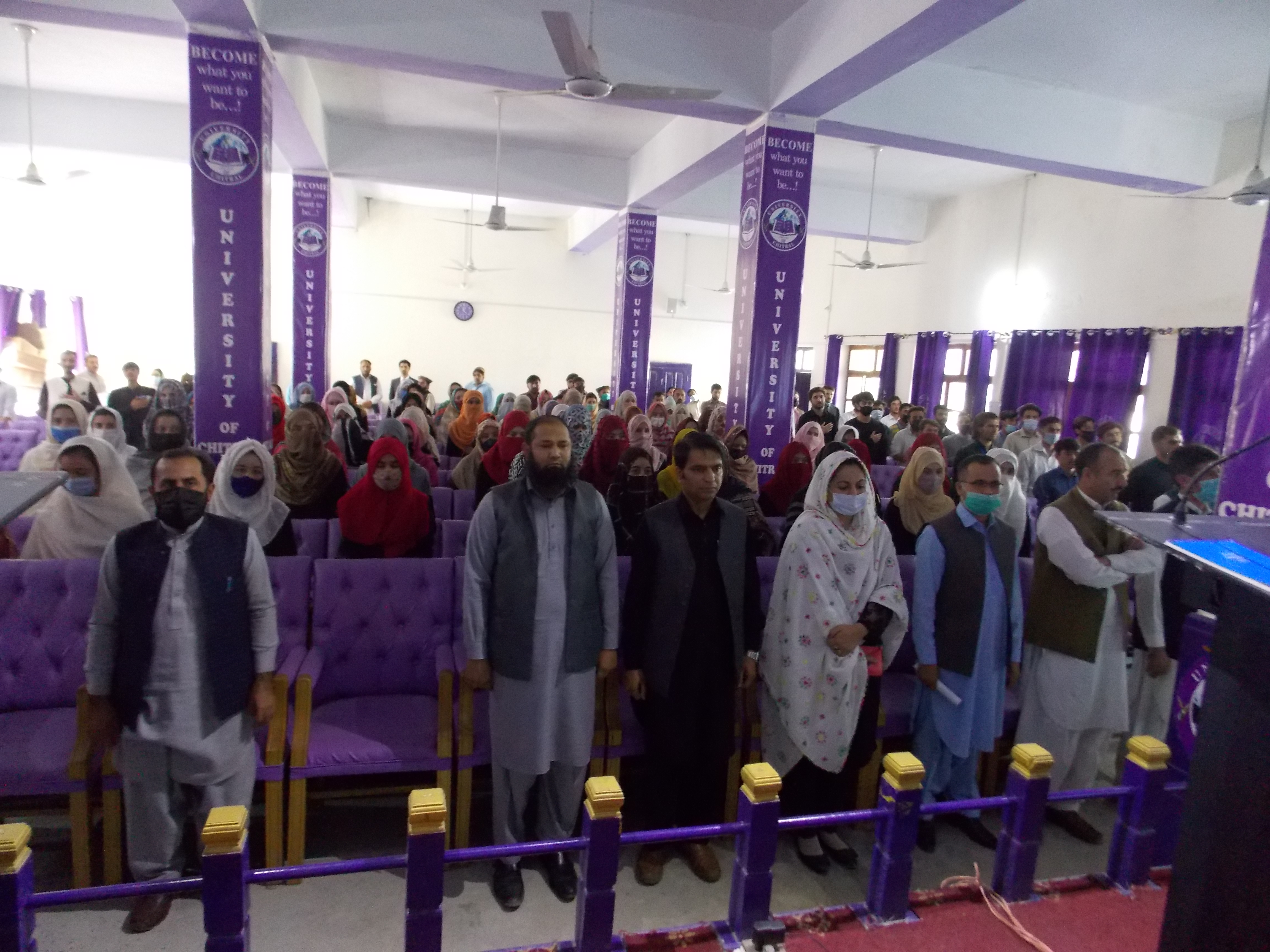 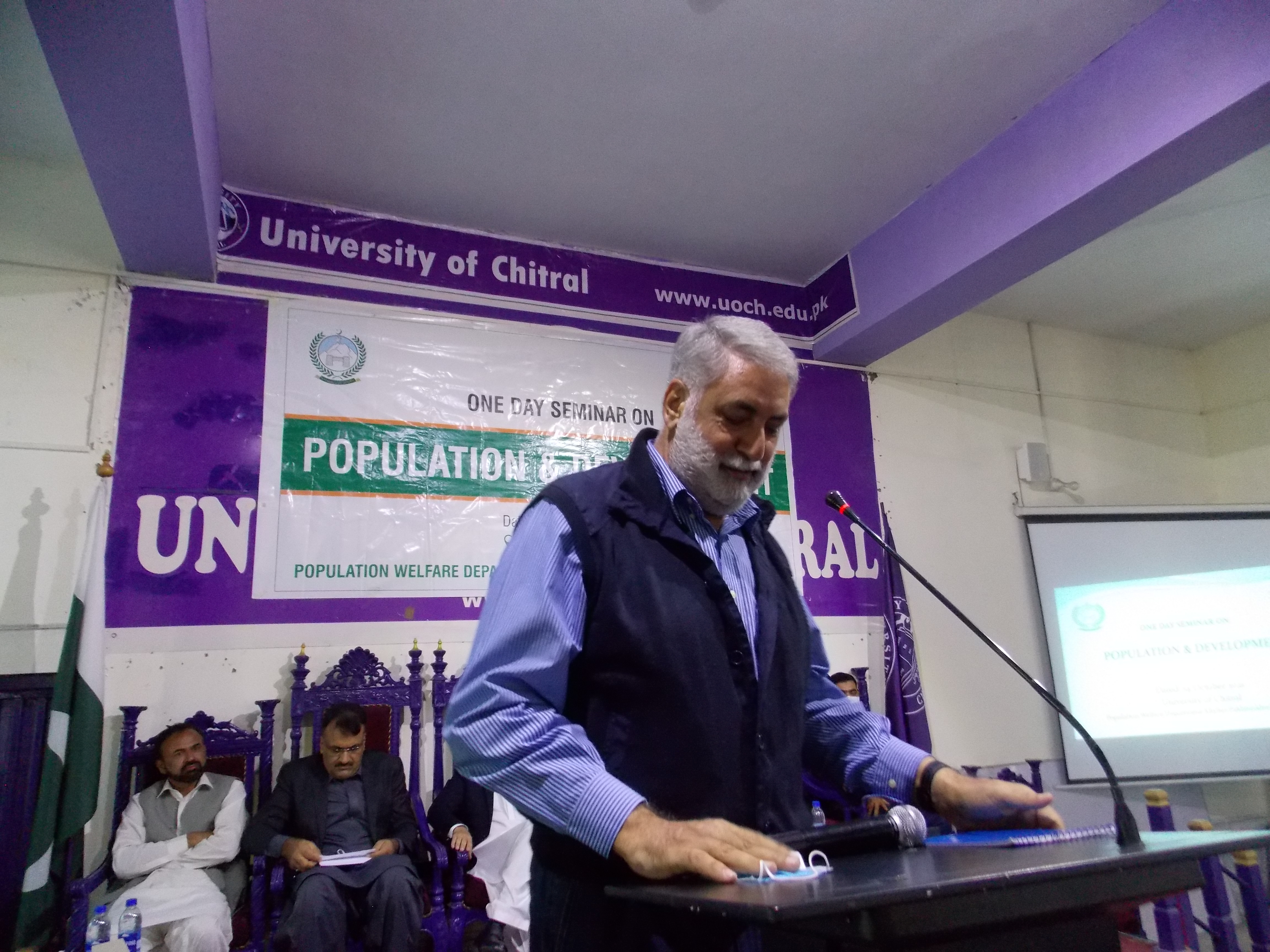 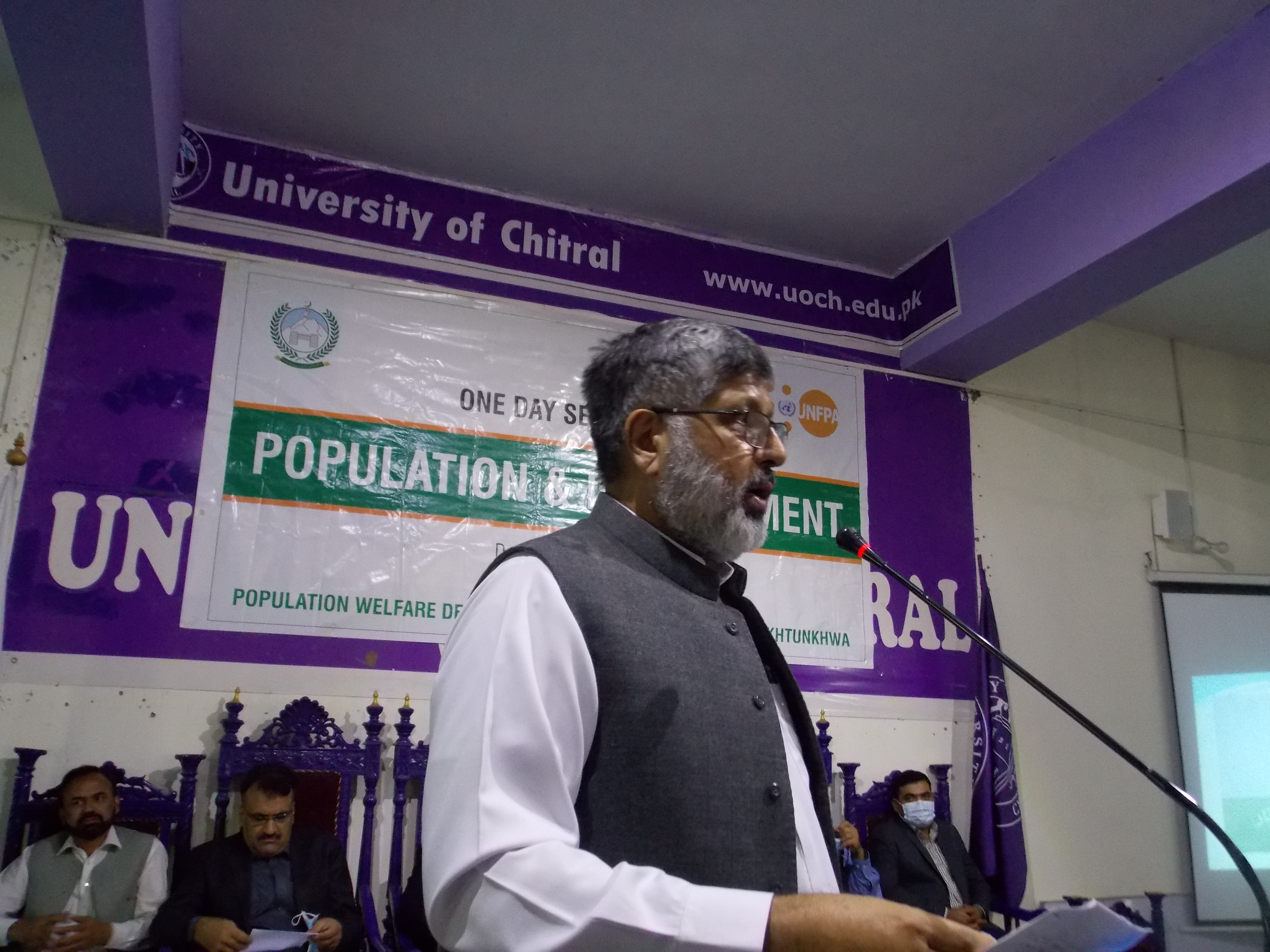 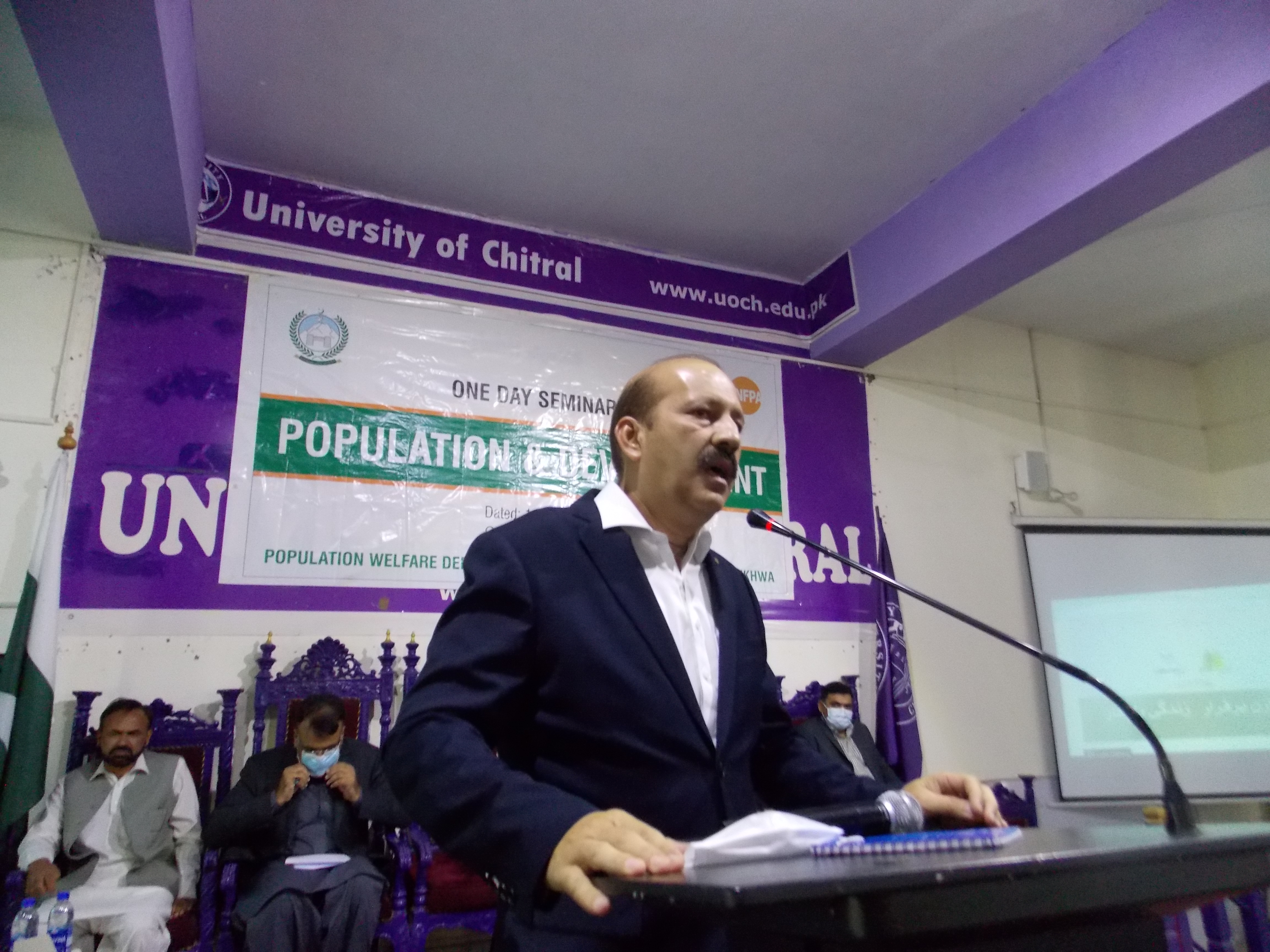 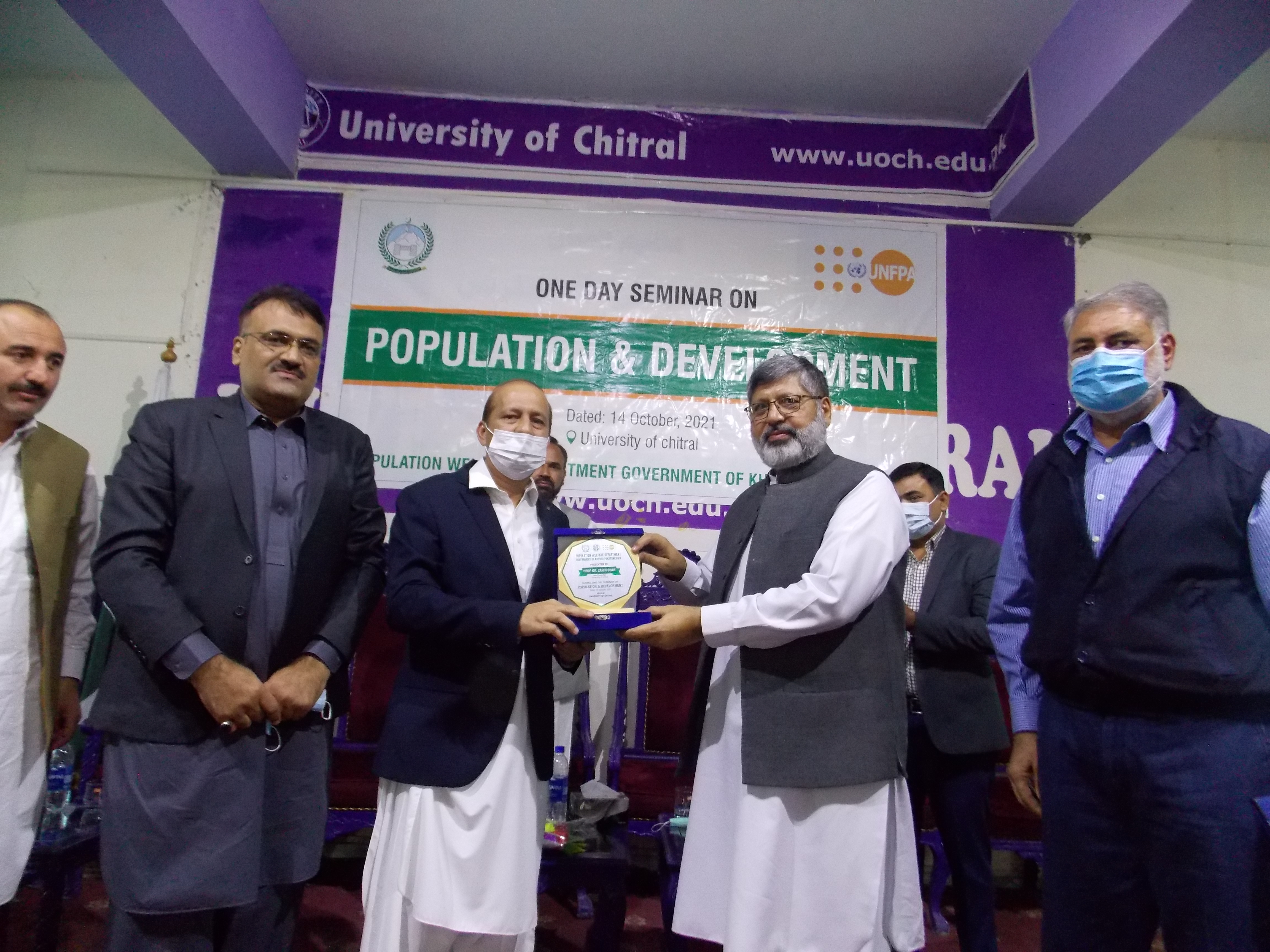 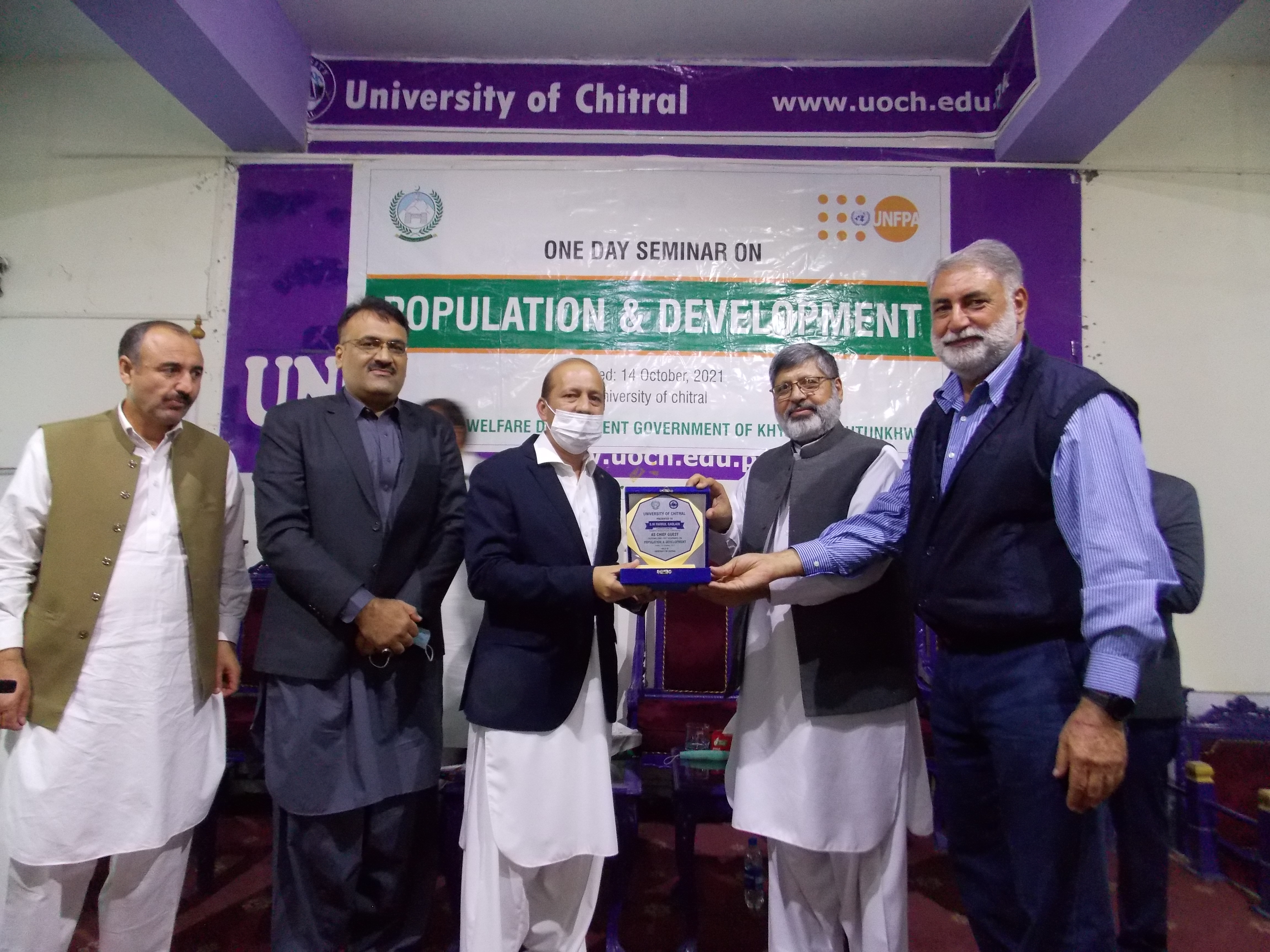